It’s been a while since I have blogged about The Apprentice. Welcome back!

After the fiasco of Skeleton-Gate last week (I blame Sugar by the way), the two teams are changed, much to Daniel’s relief. Daniel swaps with Sanjay, who not long after, tells the rest of Tenacity that he is happy to be away from Bianca. 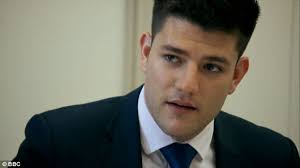 Roisin and Katie, who both have food-related business plans, head up the two teams. Roisin’s team opts for tea flavoured cheesecakes and Katie chooses trifles. Summit has a relatively good product and tiptop branding, whereas Tenacity’s product contains some strange flavours and the branding is far from premium. It is not hard to see why Summit loses, especially combined with poor pitching (Mark’s Tesco pitch is one of the most hilarious moments of the series haha).

So whilst Summit go on a Martini and Macaroons yacht ride (is this a thing? I want to go! Do Martinis go with macaroons), team Tenacity are forced to explain themselves. Kirsty has been a solid candidate throughout the process, but shows an alarming lack of food knowledge, which scares Sugar. Mark again has performed well in the task (although he is a sneaky snake at times…) but his pitch this time around was awful/comical, especially after he hyped himself up to be the best salesman ever!!! He is also to blame for branding, along with Sanjay. Sanjay is an odd one; I can hardly remember who he was up until a few weeks ago, when I started to remember him for sniping at others, and saying a lot of things but not doing a lot of things.

As we start to near towards the final, Sugar pulls focus onto the business plans of the final three. Katie is the first to be fired – this week fails to inspire confidence in her from Sugar. No one seems to understand why Sanjay says his plan is so amazing, with Sugar and Mark struggling to see where money will be made. Not much is said about Mark’s plan, only that it is sales based…and that Mark is a good salesman. Sanjay is the next to go. Mark stays. 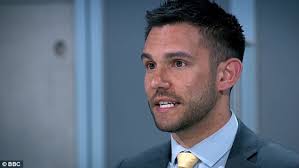 Next week the interviews take place. In a strange turn of events, previous winner Ricky Martin returns. Presumably he has done something to earn the status of “all powerful and great interviewer”. I do like him but he has changed now…boo…Judging from the preview, he will try to be extra tough and mean, like the other interviewers!